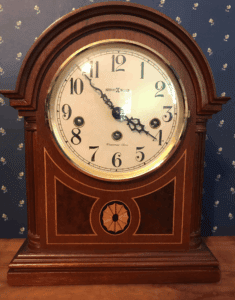 The current issue in Pennsylvania right now pertains to sex crimes. Right now, the statute of limitations in Pennsylvania permits victims of child sex abuse to come forward with criminal allegations until they are 50 years old. As for civil claims, the alleged victim must bring the claim before they are 30 years old.

In lieu of a report published by Attorney General Josh Shapiro, which found 301 priests committed sexual abuse against children in the past, politicians in Pennsylvania are proposing to add a two-year window for victims of previous sex abuse. This window would allow alleged victims to file claims retroactively, regardless of their current age, or how long ago the sexual abuse occurred.

Right now, only 2 of the 301 priests identified have been charged, given the current statute of limitations has expired in all other cases.

The Pennsylvania Catholic Conference opposes any attempt to modify the current laws regarding the current statute of limitations. The reason being is thousands of Pennsylvania residents have claimed they were sexually assaulted by Catholic priests while they were children.

Some politicians that agree the current statute of limitations should not be modified reason that most of the sex crimes were committed several years ago, and the Catholic Church has since instituted reforms to prevent any further sexual abuse.

In addition, the window would allow claims to be brought regardless of when they were committed. Those who oppose the window say this is problematic, given it is very difficult to defend claims from the 1940s or 50s, and the majority of priests who committed the crimes are dead. Nevertheless, the modern trend seen in other States is to abolish statutes of limitations for the criminal prosecution of crimes related to child sex abuse.

If you or someone you know has questions about statutes of limitations in Pennsylvania, Brian Manchester has extensive training in criminal defense and has been practicing criminal law for 18 years, and can be contacted at 1-800-243-4878.

A wealth of information about Pennsylvania DUI law, along with questions and answers, can be found below. If you are facing DUI charges, use the buttons below to contact us and benefit from our expertise and experience.