Recently, a doctor in Clearfield County was charged with a DUI based on her use of prescription medication.

The doctor is accused of having the prescription drug Gabapentin in her system.  Gabapentin, which has the brand name Neurontin, is a schedule V (five) drug. It is used to treat seizures and neuropathic pain which are often caused by diabetic neuropathy.

A prescription drug DUI is treated at the top level of punishment just like when someone has a blood alcohol content of greater than .16. It is not right that a prescription drug DUI is treated so harshly in Pennsylvania, but it is and that is why an aggressive defense is necessary. A first offense DUI based on prescription drugs can result in 72 hours to 6 months in jail plus one year’s license loss and in the case of a doctor, possible loss of the license to practice medicine. If it is a second or third offense, then the punishments get far worse.

There are multiple defenses to prescription drug DUI cases:

There are many other defenses to these cases and more so than in alcohol related DUI cases.

Manchester and Associates is a law firm dedicated to criminal defense that operates throughout the Commonwealth of Pennsylvania since 1978.  5-star ratings prove what our firm is all about:  making sure that the best possible outcome for our clients is achieved.  If you find yourself charged with a DUI due to prescription drugs, contact us today.

Manchester and Associates
5.0
Based on 113 reviews

Steve B
18:01 21 Apr 21
I am an attorney in Texas, but when I need assistance in cases which require specialized scientific knowledge about lab... testing protocols, procedures, and their weaknesses, I turn to Mr. Manchester. If you have a case involving possession of a controlled substance or DWI / DUI, there is nobody better to have in your corner.read more

Chenoah Barnes
00:50 09 Apr 21
The whole team is amazing! Brian is always on top of things, making sure you understand things fully, and very... professional about everything. He gets things done fast! You couldn’t ask for a better lawyer!read more

Jamie Maiolo
19:13 23 Feb 21
Brian Manchester and his team did an excellent job of defending me in what I thought was surely a dismal situation I... had gotten myself in. They always kept me informed and offered information and guidance I had never heard of before. Professional, knowledgeable and prompt are just a few words I can truly say they impressed me the most. First class! Thank you very much for your assistance in bringing my issues to a satisfying resolve!read more

Kemi Ajayi
04:34 08 Jan 21
Brian Manchester is a great lawyer! Attentive, compassionate, helpful and guided me through the process with ease. My... son felt comfortable sharing his story with him and felt that they really cared. Also, the team was positive, friendly and loving. They just wanted to help. Thank you all so much for the hard work and help. I cannot thank you enough. I would highly recommend Manchester and Associates.read more

Tyler Roy
21:31 14 Dec 20
This guy is awesome! Things changed in the court room and he adapted quickly and professionally. I would highly... recommend him to anybody. I can’t say thank you enough for the work he’s done for me. He makes sure things are clear and understood for when you walk into court. Once again thank you and I would highly recommend him to anybody!!read more 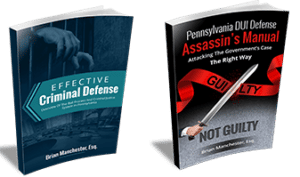